How better to enter into the spirit of the season than to reminisce about my trip last spring to the land of Beatrix Potter and Peter Rabbit. For those who missed it earlier this month, here is the post I wrote for the Dec 12th Books We Love Author Blog.

Beatrix Potter, author of The Tale of Peter Rabbit and other beloved children’s stories, grew up in London, England. Her family spent their summer holidays in the countryside, where she discovered that she loved animals and nature more than cities. The Lake District in England became the place of Beatrix Potter’s heart. Last spring I came to understand why she loved that region when my husband Will and I spent a week in The Lake District. One of our many highlights was a boat ride across Lake Windermere to Wray Castle, which the Potters rented for several family vacations. 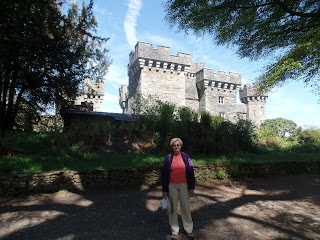 Wray Castle – Beatrix Potter’s parents must have  had a fair amount of money to be able to rent such a large summer cottage. They were wealthy enough that they scorned working for a living. 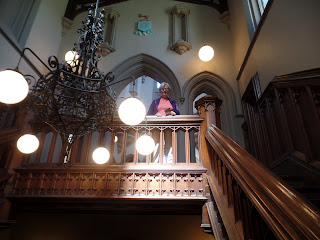 Rambling Wray Castle is now a tourist site, its rooms containing an eclectic assortment of displays. Some depict the life of the woman who built the castle, Margaret Dawson, an early feminist. Other rooms show drawings and scientific studies made by Beatrix Potter. There are a large number of playrooms for children, which include replica scenes from Peter Rabbit and her other stories. A friend told me she and her family spent a fun rainy day at Wray Castle letting their children run loose.

From Wray Castle, Will and I walked the path along Lake Windermere. At a beach we met a friend, who wasn’t shy. 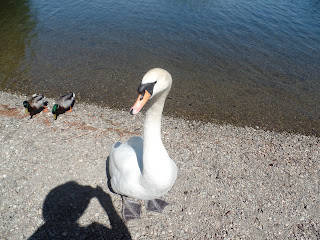 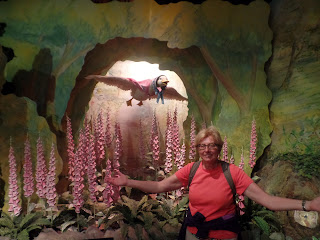 In 1905 Beatrix used income from her books and a small inheritance to buy a farm in The Lake District. Eight years later, at age 47, she married a local solicitor. While she continued to write, her interests shifted to country life. She bred and raised Herdwick sheep, a breed indigenous to the region, and became president of the Herdwick Sheepbreeders’ Association. Some credit her progressive policies and methods for helping to save the breed from extinction.

Beatrix Potter wrote her greatest works before she settled contentedly into the life she was meant to lead. No doubt she was happiest in her later years, but fans of Peter Rabbit and her other charming characters can be glad for her younger days when she struggled to find her place in the world.