For those who missed it on my publisher BWL’s website, here’s my December blog post, A Jane Austen Christmas.

On a recent trip to Ottawa, Ontario, I went to a play. Miss Bennet: Christmas at Pemberley, a new work produced by Ottawa Little Theatre. Fans of Jane Austen’s classic novel, Pride and Prejudice, will instantly recognize the cues in the play’s title. Pride and Prejudice is the story of the five Bennet sisters, living in early 19th century England, in search of husbands for fulfillment and financial survival. The novel’s hero, Mr. Darcy, owned Pemberley, a great estate.

Christmas at Pemberley takes place two years after Pride and Prejudice. The play opens with Elizabeth Darcy nee Bennet admiring her newfangled holiday decoration, a Christmas tree. Mr. Darcy is appalled by the outdoor tree in his living room. Elizabeth’s challenge to his conventionality is true to her character developed in Pride and Prejudice, but I find this domestic conflict lacks the zing their verbal sparring in the novel. The problem with all Austen novel sequels is that once the lovers resolve their all their problems they become boring. That’s why Jane Austen ended their stories at this point. But fans like me keep wanting more of the Bennets and Darcys.

The heroine of Christmas at Pemberley is the overlooked middle Bennet sister, Mary. In the novel, Austen portrays Mary as drearily bookish, Mary seeks attention by forcing her mediocre piano playing on hapless attendees at neighbourhood parties. The authors of the new play rightly realized that Mary’s love of reading and music has a positive side. She wants more from life than her sisters. When the family gathers at Pemberley this Christmas, Mary meets her soul mate, Darcy’s equally bookish cousin. It doesn’t hurt that the cousin is handsome and rich. 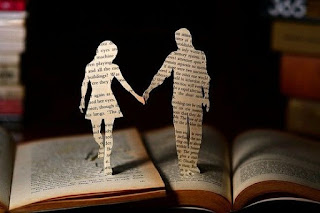 But romantic complications and misunderstandings ensue. Most of them are initiated by Lydia, the selfish youngest Bennet sister who’d foolishly eloped with the scoundrel Wickham. Their hasty marriage has fallen apart and Lydia wants the rich cousin for herself.

I won’t give away the rest of the plot, except to say that when Jane, the perpetually sunny oldest Bennet sister sympathizes with Lydia and treats her with kindness, Lydia changes. For me, this was the most surprising character development in the play. Who knew Lydia had it in her?

In the play, I also liked the guy friendship between Darcy and Jane’s sunny husband, Bingley. After the men discuss the problems between Mary and the cousin, they agree they must do something to help. Darcy and Bingley jump to their feet and say, “Let’s go to the sisters,” instantly recognizing that relationship repair isn’t guy territory.

Calgary Playwright Eugene Stickland has said that writing a Christmas play is a practical move for writers because theatre companies across the country look for ones to produce every year. A good play for the season results in repeated royalties for the author.

This has got me thinking about Kitty, Bennet sister # 4 and the most overlooked sister of all. Austen portrays her in the novel as no more than Lydia’s sidekick, lacking the pizazz of her younger sister. Kitty is absent the play’s Christmas shenanigans, merely referred to as spending the holidays in London. This makes Kitty almost a blank slate for a modern writer. If Lydia can change, why not Kitty?

My Austen-inspired play would focus on Kitty emerging from the shadows of her colourful sisters and growing into her own person. Set at Christmastime, somewhere in Austen-land. Kitty will need a suitor who’s right for her, perhaps a man who has also been overlooked. Plenty of complications and misunderstandings along the way will lead them to true romance. A winning Jane Austen Christmas. 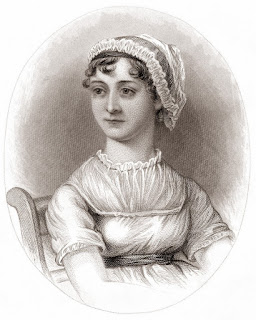