Setting a novel in Canada – or not?

Does setting a novel in Canada limit your readership to Canadians? Over the years, I’ve heard this question at Canadian writing conferences and gatherings of aspiring writers I’ve attended. Invariably, someone comments that he sent a query to an agent or publisher in the USA and was told Canadian stories don’t sell. The implication is that Canada holds little interest for readers outside our country.

Even Canadians might prefer reading about other places. I’ve been guilty of this, especially when I travel and want to learn about the country I’m visiting. A novel set in my destination gives me a flavour for the place and its history better than a guidebook.

I also recall hearing that a common feature of blockbuster novels is a variety of international settings. Author Dan Brown nailed that formula. 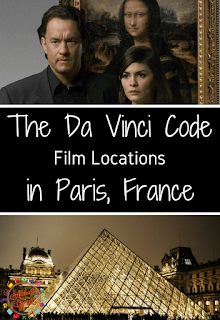 But others argue that Canada might be exotic to those who live far from here. They cite writers who have found great success with their stories set in Canadian locations. Louise Penny has a US publisher and an international audience for her mysteries that take place in a Quebec village. L.M. Montgomery’s classic Anne of Green Gables is beloved across the world. Japanese tourists trek to modest Prince Edward Island to visit Anne sites.

Readers of Britain’s Rough Guide travel guidebooks and tours voted Canada the second most beautiful country in the world for 2019. Wouldn’t that mean they’d want to read about people in this beautiful land? If Anne and PEI can charm the world, why not my home province of Alberta?

I went ahead and set my first novel, Deadly Fall, in Calgary, where I live. This made setting research easy.  My mystery sleuth Paula’s drives the route pictured below in the book’s opening chapter. I’ve driven and walked across this bridge numerous times. 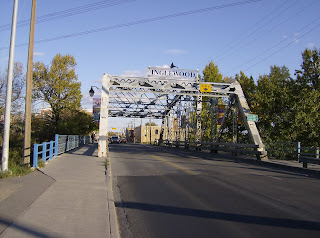 Paula works out in a former church converted to a gym in Calgary’s inner city suburb Kensington. In the real world it’s a sporting goods store. 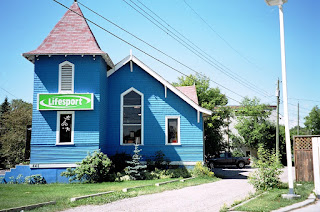 Book #2 of my Paula series, Ten Days in Summer, continued with my Calgary setting. This time Paula investigates a murder against a backdrop of The Calgary Stampede. My research included attending our annual Stampede parade. 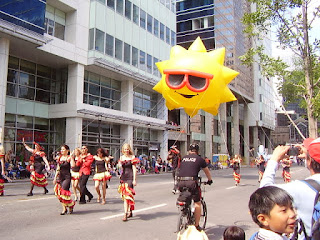 I was really sneaking peeks at the police offers present, since Paula’s homicide contact, Mike Vincelli, is on crowd control duty during the parade scene in the book. 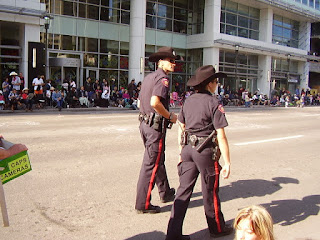 My third novel, To Catch a Fox, is a departure from my mystery series and single Canadian setting. Julie Fox, a Calgary engineer, must travel to a new location, to search for her mother who took off when Julie was a child and hasn’t been heard from since. I settled on southern California for the novel’s alternate location because it was far enough from Calgary for Julie’s mother to get lost in, yet convenient as well as enjoyable for me to visit twice to research.

In some ways, I find it easier to write about less familiar settings since I’m seeing the place with new eyes and am more likely to come up with fresh descriptions.

While I like writing about different places, I’m back to Calgary for my current novel-in-progress, the third book in my Paula series. I love travel but lean toward writing about places I know well and deeply.

And for those curious about the other countries that made the Rough Guide readers’ list of the world’s most beautiful countries for 2019, here they are: