Summer is officially here. For my June commitment on the BWL Author Insider Blog I wrote about one of my favourite activities, hiking, and how I made use of it my three novels.

Ten years ago, when my husband Will retired, we joined a hiking club. In a recent radio interview, I talked about the enjoyment we both get from heading out to the Rocky Mountains, a couple of hours drive from our city of Calgary.

“When I’m out there, all my cares vanish,” I said. “We carpool, too, and socialize with an interesting group of people.”

The broadcaster commented that mystery writers might imagine insidious actions that could happen on a hike. He asked if I’d ever included this in a novel. All I could think of was one scene in my first book. Afterwards, I realized that hiking appears in all three of my novels.

In Deadly Fall, book one of my murder mystery series featuring insurance adjuster sleuth Paula Savard, Paula hikes the Mount Indefatigable Trail in nearby Kananaskis with three suspects in the case she’s investigating for personal reasons; the death of her childhood friend. As Paula reaches the trail lookout, she starts to think that the two men on the hike are plotting something sinister. During a moment of panic and paranoia, she fears one of them will push her off the cliff.

Will and I hiked this trail before we joined the club and bought proper hiking gear. I found it a treacherous climb to an awesome view of the turquoise Kananaskis Lakes. I’d like to try the trail again with good boots and poles, but it has been closed for fourteen years due to grizzly bear activity.

Ten Days in Summer, the Paula Savard sequel, doesn’t include a hike. But a suspect is an avid hiker and mountain camper. I felt this interest showed seventy-year-old Florence’s physical fitness and spunk. Florence is camping in the back country when a fire damages the building she lives in and kills the owner, who occupied the ground floor apartment. When the fire is deemed suspicious, she refuses to provide the name of her hiking companion, even though he could give her an alibi. Florence is, by nature, defensive and doesn’t let anyone push her around. She’s also more daring than I am, since I’d worry about bears if I tented in a mountain wilderness.

Hiking plays the largest role in my third novel, To Catch a Fox. The book is partly set at a fictional self-help retreat in southern California. While personal growth and empowerment are the New Dawn Retreat’s primary goals, the body is also viewed as important. The retreat’s co-leader, Sebastiano, leads two hikes a day in the hills that enclose the valley location. Hiking struck me as the ideal physical activity for this spiritual place. Climbing trails is non-competitive, accessible to anyone who’s reasonably fit and requires little equipment.

It makes sense for writers to use interests and hobbies in their stories. Whether it’s chess, doll-collecting or hiking, this is the author’s passion and a subject he or she knows details about without the need for research. But I also want to create a wide range of characters and there are many Calgarians who give zero thought to hiking. So it might be time for a novel without one single reference to my favoured activity. My next novel in the Paula mystery series will take place in winter, when most Rocky Mountain trails are covered in snow and have avalanche warnings. Hiking will be far from any character’s mind.

Unless someone ventures on a mountain trail and the situation turns treacherous and suspicious. 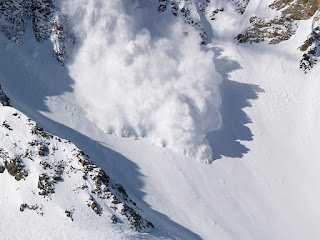