For those who missed my monthly author blog post on the BWL website, here it is:
Twenty-five years ago, I finished my first novel manuscript. While I often have trouble coming up with titles, this title, To Catch a Fox, appeared on the first page. It came from a mystery novel, The ABC Murders by Agatha Christie. Toward the end of the book, Detective Hercule Poirot compares the killer’s act of framing someone else for the crime to a fox hunt. “The cruelty that condemned an innocent man to a living death. To catch a fox and put him in a box and never let him go.” My protagonist, Julie Fox, was a woman chased and trapped by a former boyfriend and her own demons.
I worked on To Catch a Fox for six years, in the midst of moving from Montreal to Calgary and raising a family. When the manuscript didn’t find a publisher, I tucked it away the drawer. It was my practice-novel, I told myself, my learning-to-write process. I was certain the Fox was put to rest for good and was okay with this, I thought.
I turned my attention to short stories, which require less time to complete than a novel, with the goal of getting something published for my efforts. The plan worked, although the publishing part took  longer than I’d expected. About once a year, I’d get a story accepted by a magazine or anthology or, in one case, for a radio broadcast, the news often arriving at a point when I felt discouraged about writing. In addition to the encouragement and growing publishing resume, I found the short stories useful for experimenting with writing styles. My first attempt at suspense was a short story about a woman on the run to Puerto Vallarta, Mexico.
Another short story, Adjusting the Ashes, inspired my mystery series sleuth, Paula Savard. Like Paula, Ashes heroine, Carol, is an insurance adjuster with two grown up daughters, a broken marriage, and a longing for excitement. In her story, Carol investigates an insurance claim in the Calgary neighbourhood of Ramsay, where Paula lives. Adjusting the Ashes segued into my next writing phase, murder mystery novels. I wrote my first Paula novel, Deadly Fall, revised it, and sent queries to publishers and agents. A few bites, but what do I write while waiting for a publishing contract?
Out of the blue, a fresh concept for To Catch a Fox leapt from my subconscious mind. Same title, same protagonist Julie Fox, same quest – to search for her mother. But almost everything else changed. The new story would have a suspense structure, with five viewpoint characters. None of the supporting cast appeared in the original version. Rather than Vancouver and Oregon settings, this story would take place in Calgary and California. Julie no longer travelled alone; she’d have a sidekick, her stepsister with whom she has prickly relationship. The plot and what Julie discovers in the end would be totally different. 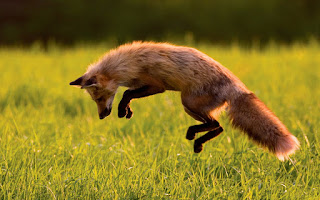 Who knew the Fox buried in the drawer still had life? If you’d have told me fifteen years ago that To Catch a Fox would be published this year, I’d have said, “Impossible!” Strangely, I feel the title suits the new version better than original, since darker demons and characters now ruthlessly pursue Julie. You’d almost think it was meant to be.
It shows that you can never say never in writing, as in life. 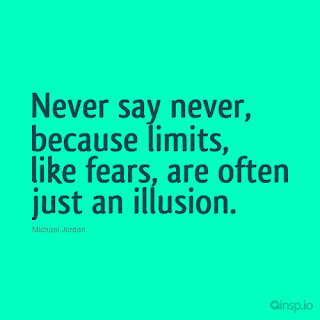