For Valentine’s Day, let’s look at Evolution in relation to Psychology Month.

Psychiatric symptoms are manifestations of ancient adaptive strategies that are no longer appropriate, but can be understood and treated in an evolutionary and development context.

That’s the premise of the book Evolutionary Psychiatry by Anthony Stevens and John Price, published in 1996 & 2000 (2nd edition). 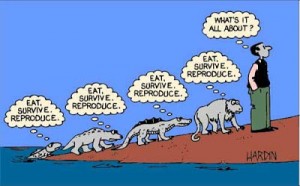 I find that premise not so hard to understand when I relate it to conditions like diabetes and obesity. Back in prehistoric times you couldn’t get too much sugar or store too much fat for the inevitable lean times. So a sugar-addiction or propensity to gain weight increased your chances of survival and opportunities to reproduce  and pass your diabetic- and obesity-prone genes to subsequent generations. 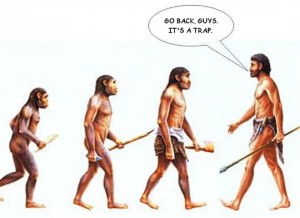 Unfortunately, this natural selection hasn’t caught up with our modern day abundance of sugary and fatty foods. People whose genes are too loaded toward handling scarcity suffer the consequences.

It’s the same with mental illnesses, evolutionary psychiatrists say. Genetic tendencies that let you thrive in the primitive world get distorted under modern conditions. They should be treated as natural, adpative patterns of behaviour that have gone awry.

This seems a more positive approach to mental illness than the old biological and psychological models, although I found that for most of the mental disorders discussed in Evolutionary Psychiatry the authors suggested the natural behaviours go awry due to faulty parenting. Can’t there be other causes?

In general, traits traditionally defined as neurotic — depression, anxiety, eating disorders, phobias and obsessiveness — were selected to promote group cohesion. Primitive societies were hierarchical and depression, for instance, developed as a response to losing a competition. By withdrawing, rather than fighting back after a defeat, the loser allowed the group to return quickly to equilibrium. As with diabetics, modern depressives are people who inherited too much of that gene and apply it inappropriately or excessively to modern situations.

The book’s discussion of group splitting, or spacing, disorders is particularly interesting. The authors point out how risky it was to split with a primitive group and venture into the wilderness, but someone had to do it, since overly large groups would fall apart socially and put too much pressure on a region’s limited resources. Only someone with a vastly different vision and tendency toward belligerance would make that leap, and so schizoid and paranoid qualities developed. The authors note that history’s charismatic leaders have all been schizoid types, from Joan of Arc to Adolph Hitler to cult leaders like Jim Jones. Presumably, their followers might share those tendencies, without having such strong leader traits. 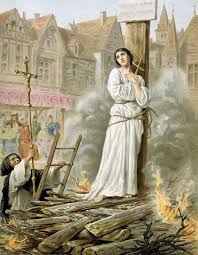 Joan of Arc had visions and heard voices

More often than not, the splinter groups would fail in their harsh new environment, but some would succeed and populate the wilderness with their group-splitting genes. A modern example that comes to mind is Mormon leader Brigham Young, who broke with conventional society and religion, led his people from the eastern USA to Utah and fulfilled his biological goal of producing numerous descendants.

Evolutionary Psychology also muses on the purpose of dreams, which interested Freud too. If there were no purpose to dreaming, the authors say, nature was wasteful in alloting so much of our time to it. They conclude dreams are used to process information, work out problems, and choose what to file in long and short term memory. Dreaming gets us in touch with the archetypes and reconciles us to nature. I’m not quite sure what this last sentence means, but it sounds good and is something to ponder.

The authors conclude that our treatment of mental disorders must involve confronting the meaning of symptoms. Mental illness should not be viewed as a disaster, like cancer or stroke. It is an ancient adaptive response that requires re-adaption to modern situations. Stevens and Price suggest, for instance, that we don’t necessarily have to change schizophrenics. Studies have shown they are happy in game-play with imaginary followers, becoming virtual Hitlers. This, rather than medication, might be the better treatment. 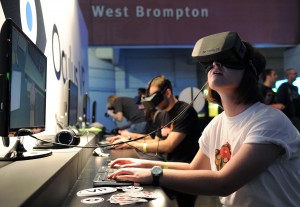 That’s a different way of looking at it. 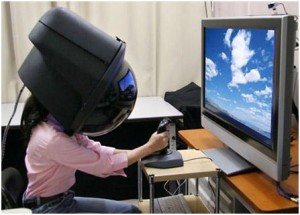