My re-posts about modern pschology and psychiatry continues with The Noonday Demon: an Atlas of Depression by Andrew Solomon. I chose this book because a couple of other books I read mentioned it, with praise. 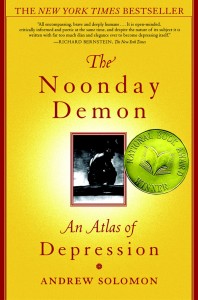 Demon differs from those other books for several reasons. The author, Solomon, is a writer, not a medical expert. While the experts dealt with mental illness, in general, Solomon focusses on depression, from which he has suffered on and off for seven years (as of 2001, the year of the book’s publication). Solomon did extensive research to write the book, as evidenced by the 100 pages of footnotes and bibliography at the end. Demon is part memoir, part medical information, and part life stories of depression sufferers, many of whom contacted Solomon after an article he wrote about his depression was published in The New Yorker in 1998. 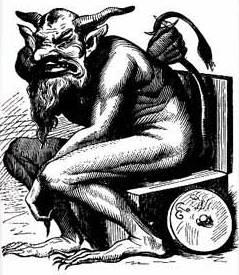 Solomon, himself, suffered his first breakdown when he was 31, following his mother’s death.  Already in psychoanalysis, he sought treatment with medication, recovered, broke down a second time, recovered, and suffered a mini-breakdown before completing the book a year later. As a result, his descriptions of his own experience are detailed and fresh. At the time of writing, he was taking about 12 pills a day, some for side effects of his antidepressant and anxiety meds, and expected to continue on a cocktail of medication for life.  He accepts the genetic view of mental illness and all his life story cases portray it as a lifelong disease. This would be my main quibble with the book: there is no sense that someone might recover from this demon state until the distant day some major physical treatment is found.

When The Noonday Demon was published, Solomon was 38 years old. He wrote in the book that he was fine with popping pills for life even though he knew they wouldn’t completely do the trick. It beat the alternative of more frequent and severe breakdowns. He’s now 52, and doing well, from my brief Google search. He’s married, with kids, still writes articles and books and is a professor of clinical psychology at Columbia University. I’d like to know if he’s still taking multiple medications and still relapsing regularly into depression and, if so, is he still okay with this after sixteen years? 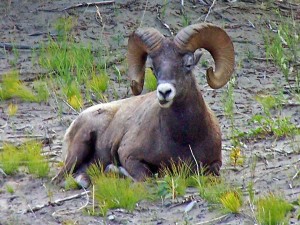 The Noonday Demon is a big book, large in scope and information. The medical details are as sound as any I’ve read written by practicing psychiatrists and psychologists; Solomon’s opinions seem as valid as any expert’s, partly because there is no final word on mental illness. Solomon provides many extras the other experts don’t go near. He travelled far and wide to research alternative treatments and try them personally. An exorcism in Africa involved him hugging a ram, the two of them buried under layers of covers, before the ram was sacrificed, its blood drenched over Solomon’s body.