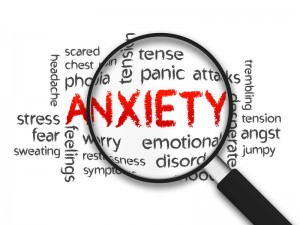 When Panic Attacks: the new, drug-free anxiety therapy that can change your life by David D. Burns, M.D., continues my blog series about books on modern psychiatry.

I picked up this book because some 25 years ago I read Dr. Burns’ earlier bestseller, Feeling Good: the new mood therapy, for a psychology course and found its cognitive therapy approach enlightening. Everyone, I thought, could use a dose of cognitive therapy. In fact, the so-called normal might benefit more than the mentally ill, who might require medicine and stiffer techniques.

When Panic Attacks is a self-help book for people with disabling anxiety. Dr. Burns includes charts as well as space for writing answers to his questions posed along  the way. He insists you can’t simply read what he says to get results; you need to be active in your therapy process, with pen in hand. I confess I didn’t write down anything. Mainly, I tried to relate the material to my most anxious, irrational moments, such as my panic when the mouse who lives in my patio wall runs out and scurries past my chair.

Dr. Burns takes a strong stand against the two pillars of modern psychiatry, medication and psychoanlysis. He calls them, generally, useless for anxiety and depression. I get the sense he never prescribes pills. Instead, he makes his patients work on their fears through daily mood logs and applying his 40 ways to defeat your anxiety until one of those ways works.

His case studies make the process sound easy, but it probably is a lot of work — and scary. His 40 methods include Exposure Therapy, which involves flooding yourself with the object of fear. For me, this would involve bombarding myself with images of mice and rats or real ones. I’d rather take a pill. In addition, my rodent phobia doesn’t affect me enough to truly want to change. I’m currently writing this outside on my patio.

It seems bizarre, until you realize there are benefits to neurotic fears. He cites an example of a convenience store owner who developed post-traumatic stress disorder after being robbed and beaten at gunpoint. While working on one of Dr. Burns’ charts, the patient came to see he didn’t want let go of his anger at the perpetrator. The man deserved it. Anger allowed the patient to feel morally superior. He found satisfaction in being a victim. He believed hanging onto the anger might make him more vigilant against future attacks. All of these thoughts contributed to his continuing PTSD, which he decided, in the end, wasn’t worth these benefits. 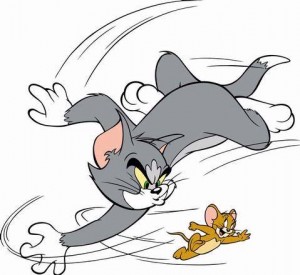 Facing the truths behind your anxiety and fears involves harsh self-examination.

It’s something of a compliment when Dr. Burns says that people with severe anxiety are  invariably overly-nice. They don’t want to admit to problems in their lives and relationships and supress them, which causes the problems to burst out as anxiety and panic. What they need to do is chase their fears, rather than avoid them by running away.

I’d recommend When Panic Attacks to anyone suffering from anxiety that he or she wants treated. Meanwhile, I hope my resident mouse and I will keep our distance.