I saved Brain-Disabling Treatments in Psychiatry: Drugs, Electroshock and the Psychopharmaceutical Complex by Peter R. Breggin, MD for the last of my five readings on psychiatry because the book is long – 450 pages – and the title sounded technical. Breggin states at the start that the book is aimed at professionals, although he hopes it’s clear enough for non-professionals to understand.

Partly for this reason, I only read the first and last sections, along with the brief conclusions he sometimes offered for the middle sections. This was enough to convince me that, of the five books I read, this is the one I have the most affinity with. It also did the most to change my thinking on mental health treatment. 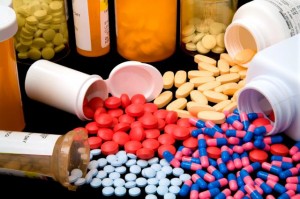 Breggin, age 79, has been a practicing psychiatrist in upstate New York for over 40 years.  He claims he has never prescribed medication and has never lost a person to suicide. He disagrees with the biological model for mental illness and avoids labels such as schizophrenia and biplolar disorder. His approach is to listen to a patient’s life story. That is, to treat him or her as a person and not as a problem to fix.

The part that threw me the most is his belief that psychiatric drugs are not only ineffective, they are harmful and work against recovery by impairing mental and emotional function. People’s  belief  these medications are helping them are due to the drugs’ spellbinding effect, much like the belief that you are witty and in control when drunk. 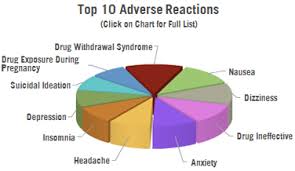 The large middle section of his book is devoted to proving his point for each current treatment, including psychotropic drugs, Electro Convulsive Therapy (ECT or Shock Therapy) and the medications for Attention Deficit Disorder. He especially opposes the current treatment of children for ADD/ADHD and depression. He claims there is an upsurge in diagnoses for bipolar disor today because antidepressants have caused mania in people, who are then told by their psychiatrists that the treatment has unearthed this underlying condition. 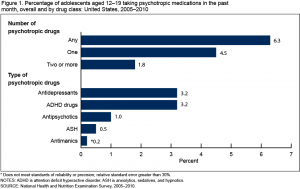 I don’t feel qualified enough to know if his arguments against these treatments are solid or not. This is a second reason I skipped over the book’s middle. A third is that I don’t need his detailed arguments to be convinced, since I favour the nurture, rather than nature, view of mental illness and can easily accept a critique of medication. Breggin states that even if it is one day proven that some disorders are due to chemical imbalances — and there is no proof for this so far — our current drugs and shock therapy aren’t the way to go.

His extreme views made me Google him to find out if he’s a Scientologist, since they are notoriously opposed to modern psychiatry and its treatments. Breggin was associated with the Scientologists in the early 1970s, but wasn’t a member, although his wife was. He broke with the the religion partly because they opposed her marriage to an outsider. No doubt Scientology’s views on psychotropic medication were an attraction for him and the religion might have influenced, or at least reinforced, his thinking. Pharmaceutical companies have accused Breggin of being a Scientiologist to discredit him because he has been an expert witness in lawsuits against their products and vocal in his opposition to them. 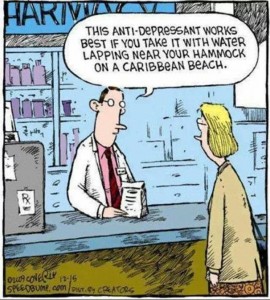 It seems naive, and yet I can see the approach working with one such person I know. I intend to apply it in the future.