Fall 2003 to Spring 2014 was my mystery writing decade. Naturally, there were breaks for holidays and personal matters, but most of my writing hours were spent on Deadly Fall and its sequels. 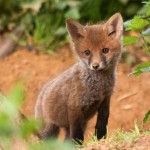 In 2009, a longer break provided the time to start the new To Catch a Fox. I wrote my protagonist Julie and her stepsister onto the plane to California. They found their way to the Italian-styled retreat.

At this point in the writing, I attended the 10 day summer Sage Hill Writing Experience Fiction Colloquium facilitated by author Catherine Bush. The colloquium gave me writing time to finish the draft and Catherine’s feedback assured me my new concept wasn’t totally off-base. Her comments launched me into the second draft, which I completed that fall.

The next spring Deadly Fall‘s acceptance by TouchWood Editions shifted me back to mystery. I spent the summer working on the manuscript with my editor. In the fall, I polished the mystery sequel, sent it to my publisher and started a third book in the series. Almost three years passed before I returned to the fox.

From winter to spring 2013, I finished the third draft and applied once again to the Sage Hill Fiction Colloquium, this time with facilitator Lawrence Hill. This would be my third visit to Sage Hill and I find its isolated and enclosed environment condusive to writing and learning. Hill’s critique helped me improve  the book and my writing skills. His advice at the end of the program was, after my next draft, to get a manuscript evaluation from the Writers Union.

It took me a year and a half to finish the fourth draft, largely due to pulls to the mystery side. My publisher was leaving to join a new company. She had problems with both of my sequels and didn’t feel she could recommend it to her successor. I talked this over with my friend and mystery author Eileen Coughlan, who gave me a clue for a fresh start. I wrote a new first chapter, moved the former opening to chapter three and quickly edited the rest of the novel to make sure the whole worked. 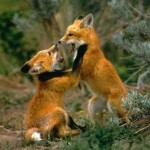 With draft # 4 complete, I looked into the Writers Union Manuscript Critique service, which functions anonymously. The writer doesn’t put her name on the manuscript and doesn’t know who the evaluator is. I’m sure there are advantages to this approach, but I decided that for the same cost I’d rather go with a writer/editor I knew. Among other things, there might be some back and forth comments and clarifications after the evaulation was done.

I stumbled upon author-editor Pearl Luke, whose novel I had enjoyed in the past. Pearl’s comments on my manuscript were both encouraging and a challenge.  I also gave the novel to my two critique group writer-friends. I revised the book based on Pearl’s remarks and asked two relatives who are avid readers to review the manuscript. The husband of one of them got a hold of it and provided feedback too. Then, a friend from an email writing group suggested we exchange our work and I gave her the first 200 pages to critique.

It wasn’t easy to assemble this multitude of varied remarks and decide which to accept, which to reject (at least for now) and which to use in a modified way. Editing isn’t my favourite summer project, but I didn’t want to delay this to fall or later. Somehow, I managed to get the job done while enjoying a summer of outdoor activities and visits from family and friends. Getting up two hours earlier than ususal a few mornings helped. Who needs sleep? 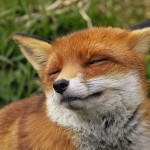 At the summer’s end, I had a manuscript that I believed was as good as I could get it for now and ready to send to the world.

In a way, it feels like I’ve been working on To Catch a Fox forever. The novel has been there in some form since almost the beginning of my writing career, even when I put it in the drawer. 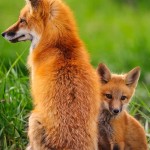 On the other hand, the current story feels like it was written in my spare time, during the breaks from my main job of writing murder mystery.

Sometimes the real stuff happens when you aren’t looking.