As the millenium year approached, I had been writing for almost ten years with little to show for it besides my earlier travel features. I wanted publishing credits so I would feel like a real writer. They’d also be a selling point the next time I queried a novel.

During that first decade of mostly working on To Catch a Fox, I had written a few short stories. A couple of very shorts – 1,000 words or less – won or placed in the Calgary Writing Association’s annual writing contests.  One of them was published by Green’s magazine in 2000. I also wrote two 5,000 word stories that were too long for most fiction markets. My short story ideas didn’t naturally fall into the most publishable zone of around 3,000 words. 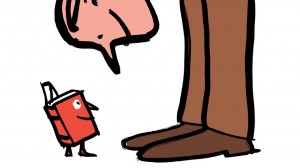 I decided to take two or three years off writing novels and focus on publishable short stories. By coincidence, my friend who had organized the novel critique group was now organizing one for short story writing. A group of us met in a church kitchen and traded stories every two weeks. There was no maximum or minimum number to bring. The organizer and I submitted the most over the two years; others shared only a few stories, saying they learned as much from critiquing.

For sure, this critique group inspired me to write short stories and my comrades’ comments were most helpful for revision. I can recall two stories for which someone suggested a title that nailed the story theme.

It amazed me that I could put my mind to a specific word count and write a story of around that length. I liked that short stories, unlike novels, could be written, critiqued in full, revised and polished within months, not years. Short stories were also a chance to play with characters, genres and ideas that I couldn’t sustain for a longer piece.

My first publishing success from the group arrived in 2002, when a humourous, magic-realism story was chosen for broadcast by CBC’s Alberta Anthology contest. It was a kick to hear my story read on the radio by a local actress. The CBC gave a me CD souvenir and paid well.

This plan to get published worked for most of my stories from this period, although it took longer than I had expected. After the critique group folded, I kept sending the stories out. About every year one would be accepted by a magazine or journal. One of the older 5,000 word stories, which I’d brought to the group for critique, won a contest with a high word count limit. During this short fiction writing phase, I also eeked out some poems, four of which were published.

Each acceptance or win gave me a mental boost, often, it seemed, just when I needed it to keep writing. Those positive outcomes acknowledged that someone out there in the world valued my work. The publishing credits led to opportunities, such as teaching short story courses at the Alexandra Writers Centre Society.

Another gain from my short story binge was the realization that I could start with a few details — characters, problem, setting and maybe an image –and they would evolve into an interesting and complex plot and resolution. If this worked for short stories, could it work for murder mystery novels? I believed now this was possible.