In August I attended the inaugural online When Words Collide Festival for Readers and Writers. Before COVID-19, the in-person WWC had been going strong for nine years in my home city of Calgary. I’d attended each year, but had doubts the online version would provide the same energy, networking, and learning opportunities. As a result, I didn’t give the weekend my best effort, but it made me see the potential for such online experiences.

My first inkling an online festival/conference might work came during the Zoom test for presenters. I had volunteered to sit on two panels. Like most of the festival, they took place on the Zoom platform. At the test, I recognized familiar faces in the screen boxes, many of them people I only see yearly at WWC. One of them sent me a private ‘hello’ through the chat feature. She added that she was excited about the weekend. I replied with a less enthusiastic, ‘It will be different.’ 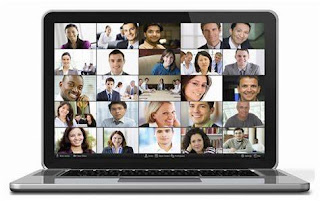 Different it was when I checked into my first panel on the festival weekend, 10 minutes ahead of time, as advised in the presenter guidelines. The virtual Zoom meeting room was already full of people discussing brain chemistry as related to writers’ block. This wasn’t my topic. Had I received the wrong meeting invitation? Then an attendee in one of the squares started rambling incoherently. The Zoom host said the person was a troll and deleted him from the meeting.

Trolls, I learned, are people who join pubic Zoom meetings solely to be disruptive. Anticipating this, the WWC organizers posted meeting links only one day ahead, but trolls still found them. This year WWC made the festival free and available to everyone, largely because they were new to the online game and didn’t know if the whole event would tank. If there’s an online event next year, they’ll be more confident of the quality and will charge a fee, to discourage attendees who aren’t serious. 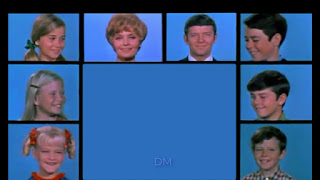 My computer isn’t able to give me a virtual background on Zoom – this one would be fun!

Once my panel began, I found it comfortable to answer questions, which were channeled through a  moderator. Her face filled the screen, making me feel like we were having a conversation, although I missed looking out at an audience of people to get their responses. It’s hard to read faces in small boxes, plus most attendees turned off their video, so only their names appeared, and some Zoom hosts preferred to show only the panelists. 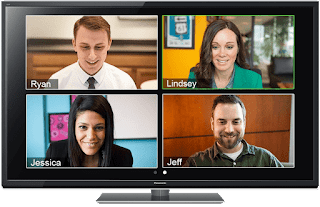 A benefit of online festival/conferences is attendees and presenters can come from anywhere in the world. One of WWC’s most popular presenters zoomed in from Greece. If you’ve always longed to attend a conference held far away, you can go without the cost of airfare, hotel and meals, which can add up to far more than the fee for a conference weekend.

Another benefit of the online WWC is that most of the sessions were recorded. The organizers are gradually reviewing them and posting them on Youtube and other formats.

At the festival, WWC held several Zoom socials and parties, which I stayed away from. This was a mistake. People who went said they were fun and sometimes broke into into smaller groups, so everyone would have a chance to get to know a few people well. As with most things, you get back what you put in. If you sign up for an online conference or festival, I’d advise treating it as though you were there in person. Get involved with as much as possible, including evening parties, which you can now attend dressed in pajamas from the waist down. 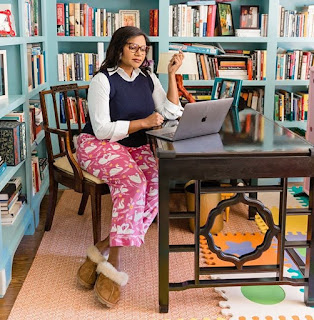 The WWC online festival was a huge effort and accomplishment to pull off. Feedback was positive. Some attendees said it was the best online writers’ conference they’d been to since COVID-19 began. Others said they liked it as much as the previous years’ in-person festivals. WWC is committed to hosting a festival next August and and are hoping to return to an in-person event, but with online components. Based on this year’s experience, a hybrid event would combine the best of both festival worlds. But if COVID-19 is still fully with us, WWC will be ready with an improved online version, hopefully without trolls. I’ll be there with enthusiasm, because I know now, if I give it my best, an online writers’ conference or festival can match the in-person experience.