While waiting to hear from publishers about my first mystery novel Deadly Fall, I wrote a sequel, Secret Spring. After the second draft, I sent it to the Alberta Writers Guild for a manuscript evaluation.  The anonymous evaluator said what intrigued him or her most about the book wasn’t the mystery and its assorted twists; it was the relationship between my protagonist Paula and Adriana, a main story antagonist. The evaluator suggested I focus on that and forget about the pure mystery aspects.

I didn’t do this because I was setting up a mystery series, but the prospect of writing a novel that was more suspense-oriented appealed to me. It also got me thinking about the difference between traditional mystery and suspense/thriller novels.

In a mystery, what drives the story is the question ‘whodunit?’. Mysteries are told by a single narrator, the sleuth. The reader learns the answer and experiences other twists along with the protagonist. Since sleuths are usually bright, she or he might be a step ahead of the reader. Genius detectives, like Sherlock Holmes, might be light-years ahead. This makes the mystery genre great at surprising the reader all the way to the big reveal at the end.

Suspense or thriller novels are typically written in multiple points of view that give the reader information the protagonist doesn’t know. Interest is sustained by the questions: will the protagonist figure it out, how will she react when she does, will the bad guy achieve his evil objectives and will the protagonist and other innocent characters die or survive?

While I enjoyed writing murder mystery, part of me longed to try the other approach.  Then, to my surprise, I had the idea for a third version of  To Catch a Fox, my old novel in the drawer, using the techniques of suspense. I can only suppose that, unknown to my conscious mind, my subconsious hadn’t given up on that novel and was churning away, trying to figure out how to write the story  and grabbing bits about mystery and suspense I was writing and learning about.

What my subconscious came up with was this: keep the title, the basic character of Julie Fox, my protagonist with psychological problems, and the jumping off point of her going on a quest to find her mother. Almost everything else about the story would change.

In this reboot, Julie  would encounter an antagonist with qualities like Adriana of Secret Spring. The reader gets this bad gal’s perspective and comes to realize that her goal would destroy Julie psychologically. Julie is in the dark about this. I’d also have a bad guy, the Adriana-type character’s unscrupulous colleague who seduces Julie. Will these villains succeed? Will Julie realize in time what’s going on, battle the evil ones and emerge emotionally and mentally stronger? Or will they push her deep into mental illness, with its risk of suicide?

With no publisher yet for Deadly Fall, I finished my revisions on the mystery sequel but didn’t want to start a third book in a series that might never get off the ground. This gave me time to work on the new To Catch a Fox. I would begin the the story from scratch and didn’t even consider looking back at the old manuscript. 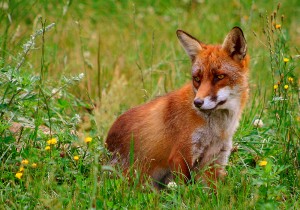 But first, I had to decide on a few basic details,  like the setting, the supporting cast and Julie’s particular psychological problems.